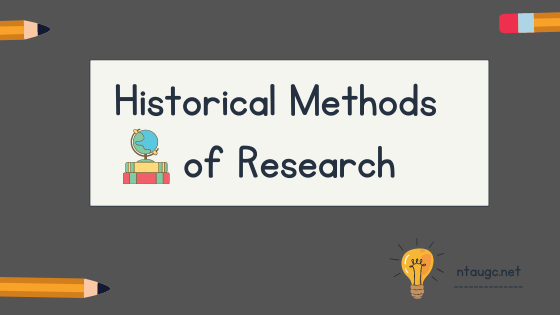 Which one of the following was not principle under Panchsheel Treaty?

This historic agreement, signed on 29 April 1954, was conceptualized to be the basis of very friendly relations between India and China. But it became null and void later in the wake of the 1962 Sino-Indian war.

Under the agreement, India gave up all extra-territorial rights and privileges it enjoyed in Tibet, which it inherited from the British colonial legacy. India formally recognized Tibet to be a region of China. The five principles agreed upon were:

The agreement put an end to the flux and friction in Sino-Indian relations at that time. These Five Principles have since been mentioned not only in various other Sino-Indian agreements and documents.
Non-sharing of national natural resources is not a principle under the Panchsheel Treaty

Which of the following columns is/are not match

They accepted individualism and made the historical works more imaginative.

• Positivism, in Western philosophy, generally, any system that confines itself to the data of experience and excludes a priori or metaphysical speculations.

• Historical positivism is the historiographical view that historical evidence requires no interpretation, the work of the historian being to compile the primary sources, “letting them speak for themselves”. Many of its tenets were later contradicted by Postmodernism.

• Historians of positivist school applied the scientific method of enquiry. They stood for actual, absolute and dependable knowledge.

• They claimed that positivism made history a natural science.

Choose the correct answer from the options given below:

John William Kaye
• He was a British military historian, civil servant
and army officer.
• His major works on military history include a
three-volume work on The History of the Sepoy
War in India.
Edward J.Thompson
• He was an ordained Wesleyan and in 1910 he
went to Bankura Wesleyan College in Bengal to
teach English literature.
• In Bengal, he became acquainted with
Rabindranath Tagore and was present in
Santiniketan when Tagore heard that he had
been awarded the Nobel Prize for Literature in
1913.
• He translated works from Bengali to English
and was involved with the India Society and
wrote ‘The Other Side of the Medal’ in 1974.
S. N. Sen
• The book, “Eighteen Fifty Seven-1857” was
written by well-known historian Surendra Nath
Sen and a foreword by Maulana Abdul Kalam
Azad.
George MacMunn
• In 1857 the native troops of the Bengal army
rose against their colonial masters.
• The ensuing insurrection was to become the
bloodiest in the history of the British Empire.

Which of the following statements regarding bias and objectivity are correct?
(A) Objective interpretations in history writing are those which best meet rational criteria of accuracy, comprehensiveness, consistency and openness.
(B) If historical explanation occurs accidentally by mistake, through an oversight, one cannot call them bias but just wrong.
(C) Mistakes in biased history are motivated, not accidental
(D) Biased descriptions are often unjust, presenting a one-sided impression of their subject.

(A), (B), (C), (D) only
• Debates among historians show that they expect descriptions of past people and events, interpretations of historical subjects, and genetic explanations of historical changes to be fair and not misleading. Sometimes unfair accounts of the past are the result of historians’ bias, of their preferring one account over others because it accords with their interests. It is useful to distinguish history that is misleading by accident from that which is the result of personal bias and to distinguish personal bias from cultural bias and general cultural relativity.
• However, If historical explanation occurs accidentally by mistake, through an oversight, one cannot call them bias but just wrong. In fact, historians often allow for bias in evidence and even explain it when reconstructing what happened in the past.
• Failures in historical inference, in the historical description and interpretation, and in historical explanation can all occur accidentally, by mistake, through an oversight.
• In that case, we would not call them biased but just wrong or unjustified. They are only biased if they occur because the historian wants the outcome produced, normally to further certain his/her interests.
• Suppose a historian is writing a biography of his/her father. She/he might draw unjustified favourable inferences about his motives, and present a one-sided favourable account of his character because she/he wants people to think well of him and wants herself/himself to enjoy his popularity through her/his association with him. Mistakes in biased history are motivated, not accidental.
• Hence biased descriptions are often unjust, presenting a one-sided impression of their subject.
• Many philosophers have rejected the possibility of objective historical knowledge on the grounds that there is no given past against which to judge rival interpretations. Their reasons for doing so are valid. But this does not demonstrate that we must give up the concept of historical objectivity as such.
• The concept of objectivity based on criteria of comparison, not on a given past. Objective interpretations are those which best meet rational criteria of accuracy, comprehensiveness, consistency, progressiveness, fruitfulness, and openness.

• It primarily devotes to the social life of the people ‘viz’ religion, national economy, morals, manners, foods, dresses art and culture. In this history, the political, dynastic and constitutional aspects of history are degraded to the background. In addition to these some historians made an attempt to deal with the general patrons of social development.

• It can be considered a branch of political history but developed as an independent discipline. In the view of close connections and relations between various members of the international communities, the huge body of principles of international laws has grown, which govern the foreign relations of various sovereign states.

. It is another independent branch of history that has grown in recent times. The historians of legal history devoted themselves to the study of legal development and tried to show how the law adjusted itself according to the changing social conditions.

Which one of the following method was adopted by the pre-nineteenth century historians?

Among the following statements which are correct?

Choose the correct answer from the options given below:

Historical research or historiography, “attempts to systematically recapture the complex nuances, the people, meanings, events, and even ideas of the past that have influenced and shaped the present”.

• Refine the research idea and questions

• Determine that historical methods will be the method used

• Evaluate the authenticity and accuracy of source materials

• Analyze the data and develop a narrative exposition of the findings. Hence, statement 1 is correct.

A conjecture is a conclusion or a proposition which is suspected to be true due to preliminary supporting evidence, but for which no proof or disproof has yet been found. Hence in such cases reasoning stands no chance as it is not supported by evidence.

• Leopold von Ranke described the sources for his work as comprising ‘memoirs, diaries, letters, diplomatic reports, and original narratives of eye-witnesses; other writings were used only if they were immediately derived from the above mentioned or seemed to equal them because of some original information’

• In other words, Ranke regarded primary documents, produced by eye-witnesses and participants in events, as superior to secondary sources.

• The key to Spengler’s philosophical anthropology and accompanying philosophy of history is his use of the Faustian legend in popular German literature to interpret modern technology,

• According to him, humans are the only predators able to select and design weapons for attacking nature and each other. At some point around the tenth century, this ability developed t osuch and extent in western European culture that humans seized for themselves the prerogatives of domination over nature.

• This inexorable destiny is a radical break with earlier periods of thought , in which humans saw themselves as subject to nature; yet it was destiny made possible by nature, when nature gave human beings both mental superiority and hands.

Which of the following statements regarding the promotion of science during Colonial India, are correct?
(a) Nineteenth-century Indian Science was ‘Eurocentric’, centripetal and hegemonistic discipline
(b) For Mahendra Lal Sarkar, political nationalism had no meaning without science as its guiding spirit
(c) The state involvement made colonial science philanthropic and promoting Indian interests
(d) Colonial Science was inextricably woven into the whole fabric of colonialism
Choose the correct answer from the options given below:

Solution
(a), (b) and (d) only
• In the absence of higher scientific education, scientific research remained an exclusive governmental exercise for a long time.
• It was, therefore, linked to the economic policies pursued by the imperial power.
• Indian Science was influenced by the Colonial period. The scientific developments in India were Eurocentric, centripetal and hegemonic discipline as the developments taking place were influenced by Europe.
• According to Mahender Lal Sarkar, political nationalism had no meaning without Science because Science was emerging as a guiding light in political awakening among Indians. This also created a feeling of Nationalism.
• Colonial Science was woven into the fabric of colonialism is also correct because the colonial empire had led to the advancement in Science in India and led to the scientific revolution in India such as Industrialisation.
• However, preventive measures like sanitary reforms or even supply of drinking water to villages and towns remained neglected. In other fields, too significant developments took place through the effort of foreign and Indian scientists working in institutions here.
• The British activities did evoke some response from the local populace, particularly the educated section, who were looking for jobs in the colonial administration and economy
• A few Indians participated in the officially patronised scientific associations or institutions. However, they often searched for a distinct identity and established institutions, scholarships and facilities of their own.
• A scientist serving the colonial power was supposed to not only discover new economic resources but also to help in their exploitation. In agriculture, it was basically plantation research with emphasis on experimental farms, the introduction of new varieties, and the various problems related to cash crops.
• These were basically cotton, indigo, tobacco and tea, which were all to be exported to Britain. Hence, it is clear that colonial science development was not a philanthropic activity and it was not definitely for the promotion of Indian interests. Hence, statement (c) is incorrect.